Condo or Co-op? What should you know?

What’s the difference between a condo and a co-op?

The easiest way to differentiate between condos and co-ops is in the type of ownership. A condo is “real property” – like a house – where you’re given an actual deed.

Residential real property in NYC can be any these:

Co-ops generally apply to residential real estate and for this conversation we'll stick to that topic. 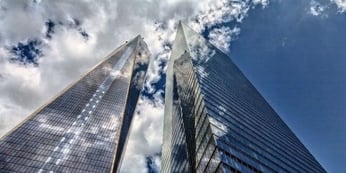 In a co-op, you’re basically buying shares in a corporation that owns the WHOLE building. It’s kind of like being an investor and buying stock in a company. These shares entitle you to a “proprietary lease.”

A proprietary lease, also referred to as an occupancy agreement, gives a shareholder in a housing cooperative the right to occupy a particular dwelling unit.

Overall, most people find it is far less complex to deal with condos, both in buying/selling and potentially renting.

Co-op boards have a stricter set of standards and usually require:

In most cases buyers tend to avoid Co-ops because of their challenges. Plus the boards can (and do) reject buyers as they see fit – often with no explanation given! Legally they aren't required to even give an explanation.


On the other hand co-ops tend to be more stable investments. Co-op pricing is no affected by investors or the stock market as greatly as the Condo market. In addition Co-ops can often create a closer sense of community because of the shared interests. And even though most buyers today prefer condominiums, co-ops still account for nearly 75% of the housing inventory in Manhattan.

Creating content about real estate should go beyond the education of the industry. This blog will introduce you to NYC metro information about: